On May 29th NAIOP of Northeast Florida, the region’s commercial real estate authority and trade association, recently hosted its first-ever “Downtown Tour & Tasting” event at several venues throughout downtown Jacksonville. The inaugural event took guests on a fun tour of five downtown office buildings that are currently available for lease. At each office location, the tour featured select wines and tapas from different regions of the world, including New Zealand, Italy, Chile and Argentina.

“The goal of the Downtown Tour & Tasting event was to promote downtown development and generate interest in vacant office spaces that are available for companies to lease,” said Traci Jenks, president-elect for NAIOP and commercial real estate broker at CBRE. “The event was tremendously successful, and we have heard nothing but positive feedback from our members and the guests that attended the tour.”
The Downtown Tour & Tasting started at One Enterprise Center and then proceeded to the AT&T Tower, 121 Atlantic Place, Bank of America Tower and concluded at the Wells Fargo Center with an after party in the lobby featuring the band, Cloud 9, which was sponsored by Duckworth Construction Group, Perdue Inc. and Shaw Contract Group. The after party at the Wells Fargo Center included featured wines and new brews from Intuition Ale Works. 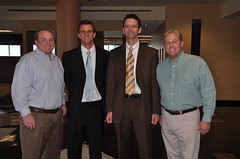 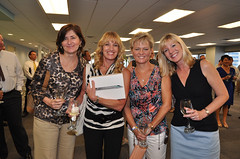 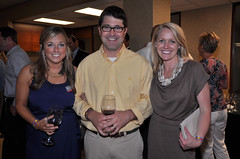 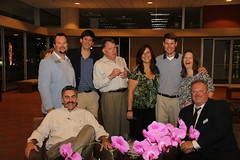 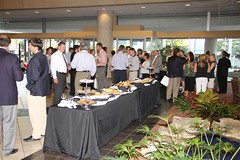 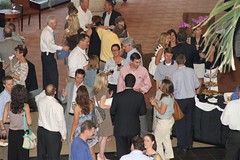 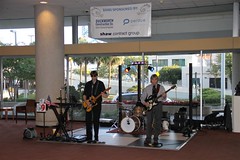 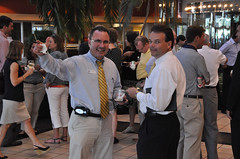 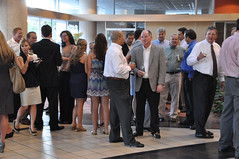 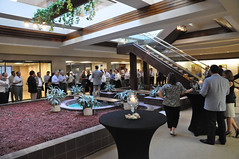 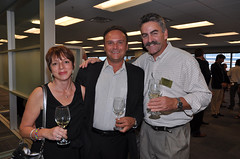 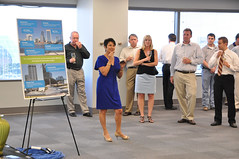 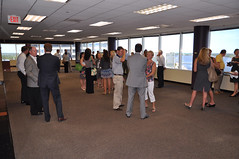 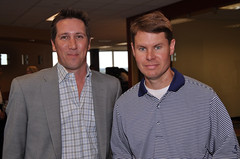 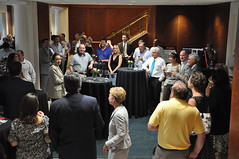