From Monday, February 6th until Thursday, February 9th, NAIOP Northeast Florida sent a group of members to Washington D.C. for the annual NAIOP of Florida Board of Directors meeting and to meet with our nation’s legislators to discuss issues important to the commercial real estate industry. The following members were on the trip:

NAIOP was able to attend meetings with the following Legislators and/or their aides:

All the legislators seemed keen on supporting legislative issues that create a healthy business climate for commercial real estate development in Florida, one of the leading contributors to the domestic economy.

Some of the issues discussed were carried interest, tax extenders and transportation funding.

–Carried Interest, also known as a “promoted interest” or a “promote” in the real estate industry, is a financial interest in the long-term capital gain of a development given to a general partner by the investors in the partnership.
–Currently taxed as capital gains, proposals to change the tax treatment of carried to ordinary income would result in a dramatic tax increase (from 15 percent to as high as 35 percent) for many real estate development partnerships.
–More importantly, if enacted, such a change would significantly hinder future commercial real estate development activity.
–NAIOP strongly opposes changing the tax treatment of carried interest from capital gains to ordinary income.

Numerous business tax provisions that enjoy bipartisan support expired at the end of 2011 when Congress failed to agree on legislation extending the provisions. One of the primary concerns is allowing for 15 year leasehold improvement depreciation.

–Leasehold Improvement Depreciation is the ability to deduct the cost of the customized improvements a building owner makes to a rental space to configure it for a tenant’s needs.
–The current 15-year depreciation schedule automatically reverts to a 39-year depreciation schedule.
–Failure to extend 15-year qualified leasehold improvement depreciation will result in higher capital costs for many building owners, creating disincentives to upgrade and modernize the space for their tenants.
–Because the provision is not a permanent part of the tax code but is only addressed annually as part of broad “tax extenders” legislation, Congress is repeatedly forced to address the issue, denying businesses the level of certainty needed for better long-term planning.
–NAIOP supports extending and making permanent 15-year leasehold improvement depreciation, which is in closer alignment with the economic reality of the leasehold improvements’ typical lifespan. 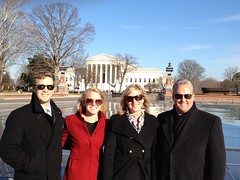 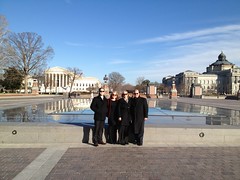