From Monday, February 7th until Thursday, February 11th, NAIOP Northeast Florida sent a group of members to Washington D.C. for the annual Chapter Leadership and Legislative Retreat. In addition to meeting with leaders of other chapters around the country to discuss ideas of how to improve the running of our chapter and ways to provide more value to our members, we met with our nation’s legislators to discuss issues important to the commercial real estate industry. Our chapter sent the following representatives:

NAIOP was able to attend meetings with the following Legislators and/or their aides:

All the legislators seemed keen on supporting legislative issues that will help create a healthy business climate for commercial real estate development in Florida, one of the leading contributors to the domestic economy.

Some of the issues discussed were tax code simplification and reform issues such as Brownfields remediation expensing, carried interest tax reform exclusions for real estate partnerships, and leasehold improvement depreciation. The Northeast Florida chapter put considerable focus on the importance of federal assistance towards transportation and infrastructure projects that promote economic growth in our region and cement Jacksonville as a national leader in logistics operations.

Tax Code Simplification and Reform efforts will be a prominent part of the legislative debate during the next two years. Any comprehensive tax reform efforts should take into account the impact upon the commercial real estate industry that would result from changes in capital gains tax levels, and ensure that such changes do not disadvantage capital investment in real estate.

* Leasehold Improvement Depreciation is the ability to deduct the cost of the customized improvements a building owner makes to a rental space to configure it for a tenant’s needs.

* Brownfields Remediation Expensing allows for the expenses incurred in the cleanup of brownfields site to be immediately expensed by a developer.

* Carried Interest, also known as a “promoted interest” or a “promote” in the real estate industry, is a financial interest in the long-term capital gain of a development given to a general partner by the investors in the partnership.
* Currently taxed as capital gains, proposals to change the tax treatment of carried to ordinary income would result in a dramatic tax increase (from 15 percent to as high as 35 percent) for many real estate development partnerships.
* More importantly, if enacted, such a change would significantly hinder future commercial real estate development activity.
* NAIOP strongly opposes changing the tax treatment of carried interest from capital gains to ordinary income.
* NAIOP believes that increasing federal transportation and infrastructure funding is paramount to a thriving real estate industry and national economy.
* The success of commercial real estate projects depends largely on infrastructure investments and viable connectivity strategies that incorporate different modes of transportation, including highways, roads, rail and mass transit.
* Congress needs to enact a new multi-year transportation bill that fully funds our nation’s transportation and infrastructure needs. In addition to the passing of a new transportation bill, new innovative funding solutions should be developed to help spur private investment.
* NAIOP supports increased transportation and infrastructure funding, new public-private partnerships, the creation of a national infrastructure bank and new tax incentives that encourage private investments for infrastructure improvements. 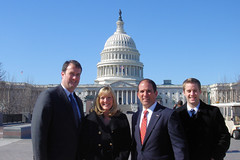 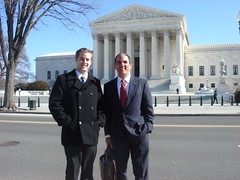